The great Pulitzer Prize winning American author John Updike once visited Sergei Parajanov at his home in Tbilisi, Georgia, Soviet Union (USSR). Another great American,  the poet Allen Ginsberg, had also dropped by on a separate occasion. Updike drew a self-portrait, inscribed it, and gifted it to Parajanov. Paradjanov responded by transforming Updike’s drawing into a collage (as he often liked to do with things from his celebrity fans). 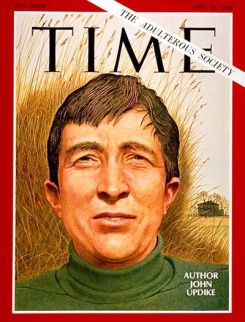 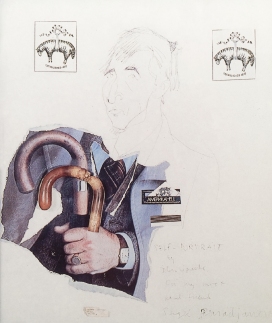 I had a fortune of briefly meeting John Updike not too long before his death and we talked about his visit to Sergei Parajanov and about Parajanov: The Last Spring. I later wrote about that day, and was even offered to publish it in book compiled from memories of various people who knew or had met Updike, but I felt it wasn’t appropriate at the time as I had only met him once and briefly. I re-read it recently and may decide to publish here or elsewhere now that I had a chance to properly reflect on that day.

Boy With a Movie Camera