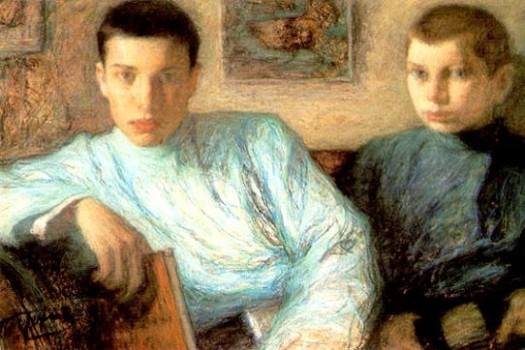 Boris Pasternak (10 February 1890 – 30 May 1960) was Mikhail Vartanov‘s favorite poet and he chose to open Parajanov: The Last Spring with an excerpt of Pasternak’s poem August. The words of that poem were exceedingly fitting, but there was a deeper meaning also because Pasternak (like Parajanov and Vartanov) was persecuted by the Soviet government. (Pasternak was forced to refuse the Nobel Prize for his novel Doctor Zhivago, which was later made into the Oscar winning Hollywood film by David Lean). In winters, especially during first snow, Vartanov often recited for us, his children, Pasternak’s entire poem Snow is Falling by heart. That remains one of my most vivid memories from childhood. There is one more story with Pasternak that I tell in my book Boy With a Movie Camera.

— Boy With a Movie Camera