Jean Carzou was awarded France’s National Order of Merit and was elected to the Academie des Beaux-Arts in 1977. He was the first French painter whose work appeared on a French postal stamp and he was the member of the jury at the 1976 Cannes Film Festival. Carzou was born on January 1, 1907 and passed away on on August 17, 2000. 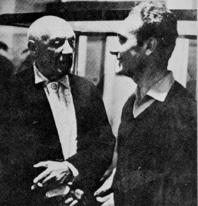 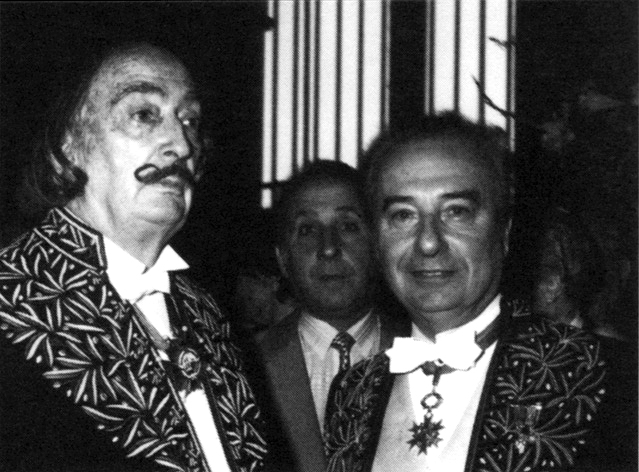 Mikhail Vartanov and Jean Carzou met during the filming of a documentary about him at the Soviet Armenfilm Studios. Vartanov admired Carzou’s art and hoped to be approved as the director. The studio wanted a film that conformed to the sanctioned Soviet style, while Vartanov proposed a deeper reading of the achievements of this great French-Armenian painter. In the end,  as they had done with the William Saroyan documentary, and other films, the studio assigned the project to a “conformist” director, and attached Vartanov as the cinematographer to guarantee the visual quality. Vartanov disliked the final work and dismissed it as “mediocre reportage”. Below Carzou films Vartanov with his 8mm Canon while Vartanov films Carzou with his 35mm camera (most likely Konvas/Convas).

About the same time Vartanov’s essay on Carzou (one of many of his essays on art that he collectively referred to as The Unmailed Letters) made the cover of both of the country’s two most prestigious literary magazines.

In 2007, Jean Carzou’s son, Jean-Marie Carzou, attended a screening of Mikhail Vartanov’s Parajanov: The Last Spring. A few days later, Jean-Marie Carzou us to the studio-apartment of Jean Carzou (who had passed away seven years earlier)  in Paris. It was one of the most exciting things I had ever done on my many visits to the city of lights.

Boy with a Movie Camera