“I can’t forget Mikhail Vartanov‘s film Parajanov: The Last Spring…the rare images he filmed when he (Paradjanov) was in the moment of creative inspiration…” 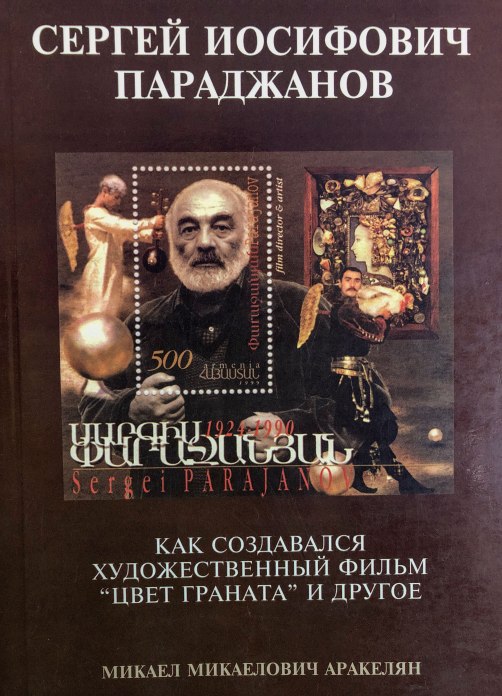 Mikael Arakelyan was a painter, a World War II veteran, and the set decorator on Sergei Parajanov’s masterpiece Sayat Nova (The Color of Pomegranates).

In this book Arakelyan wrote a detailed account of  how he worked with Parajanov. Several times Arakelyan also mentions Mikhail Vartanov (page 93, 98) and praises his Paradjanov: The Last Spring (page 109), describing its premiere. Arakelyan describes Vartanov’s filming of Parajanov’s first exhibition in Tbilisi — this footage was stolen from the archives and Vartanov suspected several people who had always suppressed his work. Also noteworthy are several of Arakelyan’s gripping exposes of how he too was suppressed and mistreated, concluding with a heartbreaking account of how he lived at the end of his life (page 132-134, 138-139).

Mikael Arakelyan was born on 18 December 1923 and passed away 3 years after the publication of his book on June 8, 2009.