When Tarkovsky inscribed and sent his child’s drawing to the imprisoned Paradjanov who annotated and forwarded it to the blacklisted Vartanov for his son Martiros — Boy with a Movie Camera — his journey in arts began. 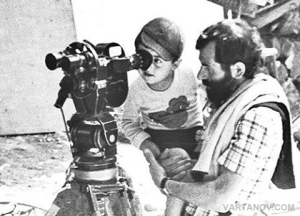 He escaped to Hollywood and graduated from UCLA where he made his first film, entitled The Last Film, which was released by Criterion. He has served as a juror and curator at festivals in Beverly Hills, Busan and DOC LA, and worked on the restoration of the masterpiece The Color of Pomegranates selected for Festival de Cannes.